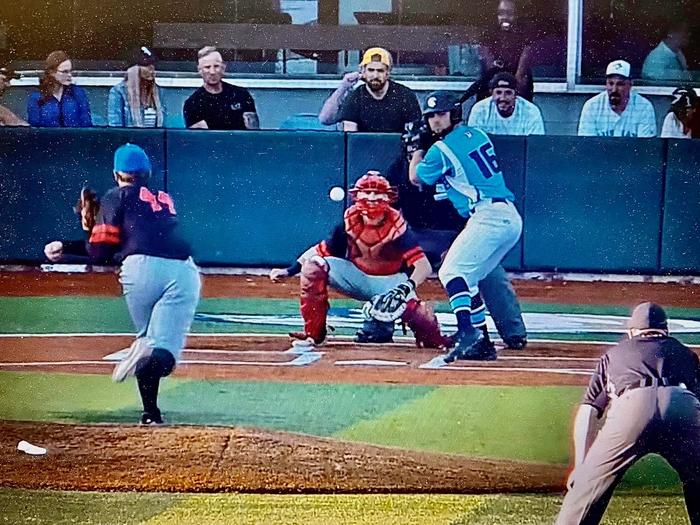 The Edmonton Riverhawks blew open a 1-1 game in the sixth inning, led by a grand slam by Will Rogers, on the way to an 8-5 victory over the Port Angeles Lefties Saturday night.

Rogers, who's making a habit of sending long balls over the left field wall at RE/MAX Field, made it 8-1 with his 387' blast, his third homer in as many games. Earlier in the inning the Hawks had punched home three runs, including a pair on an Aaron Stinnett double.

The Lefties refused to go quietly, though, as they posted a 4-spot in their half of the 7th to cut the lead to three.

The outburst came on the heels of some pitching for the Hawks for the second straight night in this meeting with Port Angeles. Mike Gill went 5 innings and limited the Lefties to one run but would not get the win since the game was tied; the W was handed to reliever Brendon Loeppky. Ethan Fowlks got the save with three strikeouts in the 9th.

The second straight big win for the home side came on Strike Out Hate night, when Edmonton's pride community came out in force to join with the Hawks in a celebration of diversity and inclusion.

The Hawks will look to sweep the series Sunday at 1pm when it's Hawks & Hounds with the Edmonton Humane Society. Baseball fans are encourged to bring their dog to the game for fun and games while raising money for the care of animals.

See you at RE/MAX!