The Edmonton Riverhawks are excited to announce our 2023 coaching staff lead by Head Coach Jake Lanferman! 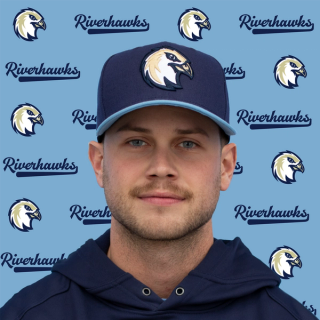 Jake played his youth baseball in the Sherwood Park Minor Baseball Program. He attended St. Francis Xavier Academy and the St. Albert Prospects Academy throughout high school and represented Team Alberta many times. After high school he received an athletic scholarship to play for Fort Hays State University in the Mid-America Intercollegiate Athletic Conference (NCAA D2). After playing in Kansas for a number of years, he transferred to the University of British Columbia where he played in the Cascade Conference (NAIA). He received an athletic scholarship at UBC for consecutive seasons and finished his collegiate baseball career in 2020. 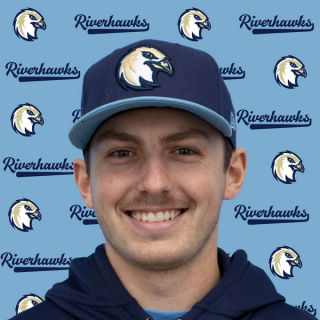 Weger has lived in three different provinces and is excited to join the Riverhawks in Edmonton for new adventures in his career. In addition to coaching, he works in a Sports Medicine clinic in the city. “I think with my experience and education I can see what the average coach might not at first. I can pick apart swings and help determine how to adjust players’ body mechanics for better results.” He studied body mechanics and is a recent graduate in Kinesiology at the University of British Columbia.

The impressive third baseman played with Coach Lanferman for years at UBC. A solid slugger and “Master of T-Ball,” he loved to light up neighbourhood parks as a kid on Vancouver Island. 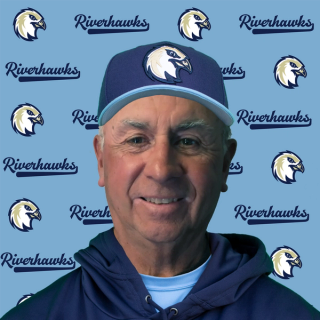 The 74-year-old brings decades of experience and enthusiasm to the team. He’s had a very accomplished baseball career, starting out in California, where he was drafted as a pitcher by the Kansas City Royals. He eventually brought his glove north to play in Alberta, where he put down roots. The proud grandfather and his wife Lynn now split their time between Las Vegas and St. Albert to be near family.

The professional scout also developed high performance baseball programs here and around the world. He coached the Edmonton Tigers, Edmonton Prospects and, most recently, the Fort McMurray Giants. Brown is excited to work with Head Coach Lanferman and mentor the players. 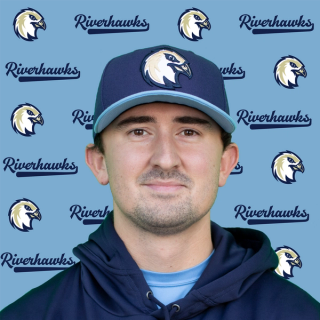 Flasch is a Lloydminster native who played minor ball and was in the Canada Cup and Toronto Blue Jays Tournament at age 12. He left his home base at 16 to attend the Badlands Baseball Academy. “It was a super cool experience. I think it makes you grow up quickly. My host family was like a second family to me and they still keep in touch.”

The All-Star player went on to the Lethbridge Bulls and college, where the infielder earned a Diploma in Business Administration. He has been an assistant coach at Badlands Baseball Academy, head coach of a U18 AAA team and was recently Baseball Operations Manager at The Dome in Red Deer. 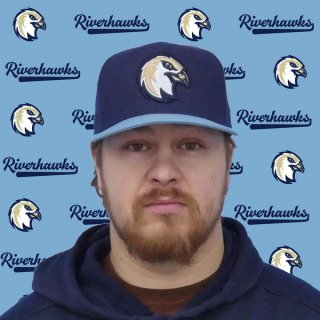 Coffin is a former catcher who played Midget AAA in St. Albert, attended the baseball academy in Lethbridge and then went on to the University of Alberta baseball club. That turned into coaching the Hawks Collegiate team, where he’s been since 2016. “I just love being around the Riverhawks team,” reflects Coach Coffin. “I never had any brothers growing up, so growing up being around baseball, it’s like having a bunch of brothers.”

Baseball has been in Coffin’s blood before he was even on solid food. “Literally the day I came out of the hospital, I didn’t go home; I went straight to my dad’s ball game.” Growing up, Coffin’s extended family enjoyed playing slow-pitch games together for over twenty years! He fondly recalls seeing the Edmonton Trappers team with his grandpa who had season tickets back in the day.