On the Road Again 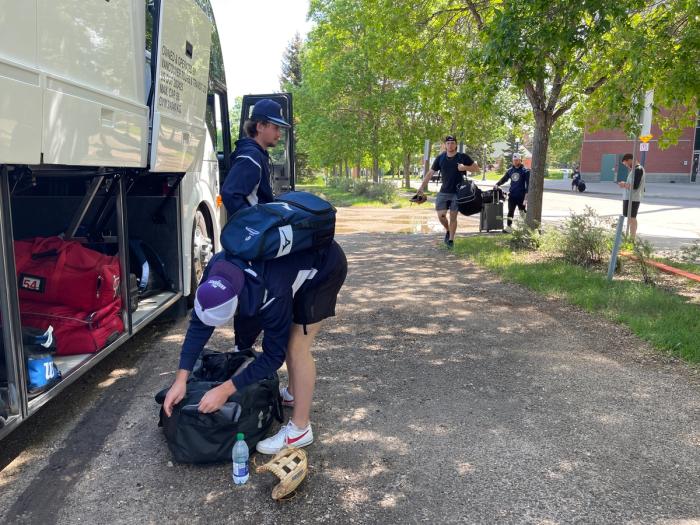 Hawks Will Pick Up Some Passengers Along the Way

The Edmonton Riverhawks are off on their second road trip of the West Coast League season.

The capital city crew headed off today and will begin play tomorrow by kicking off a three game set in Ridgefield with the Raptors. From there it'll be off to play the Pickles in Portland, where they like to keep things weird. The Hawks will then play their third straight three game series by travelling to Cowlitz where they'll dance with the Black Bears.

Edmonton is coming off a .500 home stand where the team showed signs of beginning to come together. The record on the season is 4-8.

Will Rogers has been in fine form since joining the team. The Milwaukee Brewers draft pick has hit three home runs and batted .318. However, a couple of other Hawks have even higher batting averages.

Clayton Loranger is off to a great start in the WCL and finds himself among league leaders. The Sherwood Park product is batting .389 with 4 RBIs on 14 hits, 1 double bagger and 1 triple in 9 games, while scoring 6 runs himself. Loranger is a junior at Stephen Austin State University.

Brett Grupe, who hails from Sedalia, Missouri, and plays at the University of Central Missouri, is second on the team in batting average. He's sporting a .333 average on 12 hits and 3 doubles. He's driven in 3 runs and scored 7 himself.

The Riverhawks line-up will have a new look upon its return. The team is set to pick up a number of players on the road who have just finished their playoff runs with their respective college teams.

Fans in Edmonton will get their first chance to see the new look Hawks on Friday, June 24th, when they begin a three game series with the Wenatchee Applesox. Friday's theme will be "School's Out" and will also feature one of our signature Friday Night Fireworks shows. Saturday will be Santa in the Summer, exactly 6 months until Christmas, and will include a vist from the big man himself. We'll have Sunday Sundaes to wrap up the three game set.

The next game after that will be - drum roll, please - Canada Day!!!

Watch for more details on all these games as the dates get closer!!!