Riverhawks Hungry for Win Against Knights in Game Two 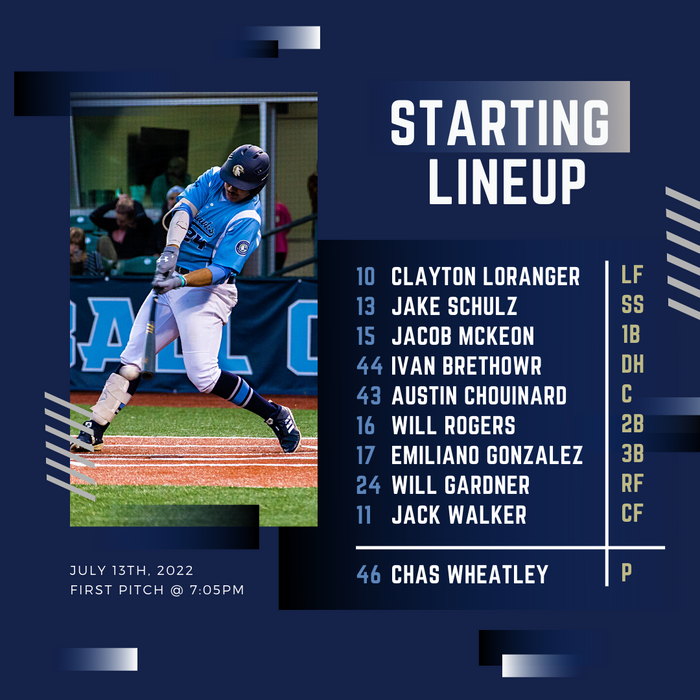 Evening out the series will be the goal for the Riverhawks tonight, as they were bested by the Corvallis Knights 5-0 last night. A rally never seemed to get itself together for the Hawks, but they’ll have a better chance tonight. Knights starter Duke Brotherton has been roughed up in his last two starts against Ridgefield and Bellingham. In a combined 4 innings, Brotherton allowed 8 earned runs, ballooning his ERA from 0.00 to 6.54. The Hawks will need to take advantage of the rough patch in Brotherton’s season to bring the bats against the Knights.

Those bats will be held by Ivan Brethowr and Jake Schulz who return to the lineup tonight. Joined by Will Rogers who had a multi-hit game last night against Corvallis, these Hawks will aim to rejuvenate a Riverhawks lineup that has only scored 7 runs across their last 57 innings of play.

Starting for the Hawks tonight is Chas Wheatley. The last start for Chas was what looked to be simply a quality turn in the rotation, but ended up being just the start of a 16-inning marathon game. Chas did hit a high for walked batters in that start, but he also held the Bells to only a single run across his longest start of the year. We can expect more of the same from Wheatley

Your Riverhawks lineup for July 13:

If you can’t make it to RE/MAX Field this evening, catch the game on the Riverhawks’ YouTube page