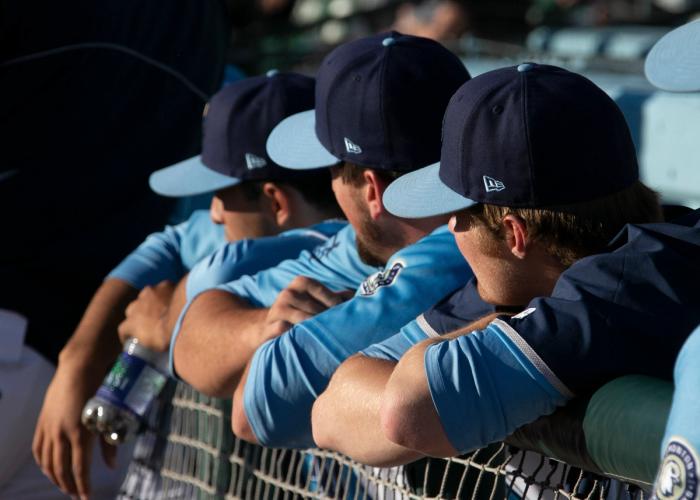 While the Edmonton Riverhawks struck early with a three-run top of the first, it wouldn’t end up accounting for much as the Port Angeles Lefties ended victorious with a 10-5 win. The Hawks had multiple opportunities to surge ahead or at least to narrow the gap on the scoreboard, but other than a Kelly Corl 2-run dinger in the 6th that temporarily tied the game, the Edmonton squad couldn’t plate their runners. With 13 runners left stranded in the game and as many hits as the winning team got, the offence just couldn’t string hits together in the right way to stay competitive. Corl had the best night of any batter, with a single and a double to go along with his homer, and Matt Masciangelo also was on base three times with two singles and a walk. Tom Poole earned half of the team’s bases on balls, and he was the only starter in the lineup that didn’t manage to strike out at least once in the game. Along with a trio of errors that helped Port Angeles (and meant that only 3 of their 10 runs were earned), the Riverhawks struck out 15 times across the game with Alex Stinnett and Jack Gurevitch both getting punched out three times each.

Edmonton pitching started and ended shakily, with both the first and last hurlers each giving up 5 runs. Starter Shaun Atamanchuk was the only Riverhawks pitcher who didn’t complete two innings of work in the night, with all three runs in the second scoring unearned against him and the bases loaded as he departed the game. A trio of fill-in arms served as the Edmonton bullpen for the night as Brenden Wabick, Lincoln Butt, and Alex Buchanan each covered two innings of work. From the 3rd to the 7th the arms gave the Hawks’ bats plenty of opportunities to catch up as they retired 11 Lefties in a row, but after a pair of triples sandwiching an error scored three runs in the 7th, the Hawks’ fate was sealed.

The Riverhawks will try to bounce back tomorrow as they face the Lefties again in the second game of the series. With playoffs just potentially 5 days away, the Hawks need every win that they can get to secure their spot in the postseason.