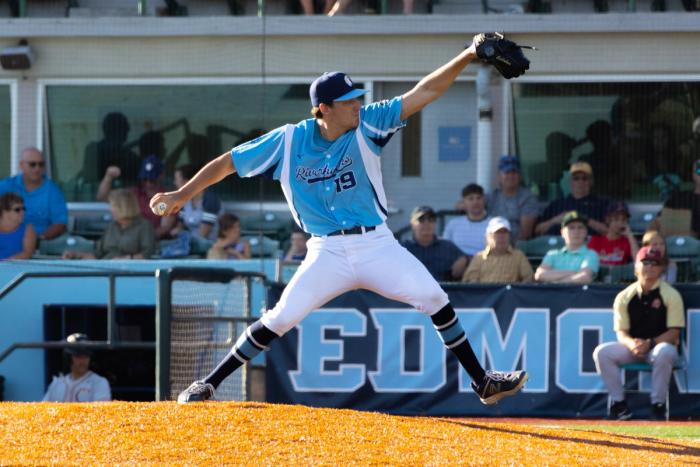 The Riverhawks get to see the Kamloops NorthPaws again, this time at home. The Hawks saw the NorthPaws for their first game of the season, and as a team! Since the Riverhawks were swept in their first series, they’ve bounced back and became quite a formidable force as of late. Going 9-9 so far in July, the Hawks only sit two games back in the North division standings. While Kamloops has played more games in the second half, they sit behind the Hawks by a game. This whole series will be a difference-maker, especially with the upcoming weekend series against the already playoff-bound Bellingham Bells.

Starting for the Riverhawks tonight is JD Callahan. Despite only one credited win on the year, JD has been lights out for the Hawks. Never pitching less than 4 innings of work and sitting on a 1.12 ERA. Callahan also leads all Riverhawks starters in strikeouts, with 27 Ks in his 5 starts. Continued success looks likely for Callahan as he will help lead the Edmonton squad to an early series lead.

Your Riverhawks Lineup for tonight:

If you can’t make it to RE/MAX Field this evening, catch the game on the Riverhawks’ YouTube page